Getting familiar with the life and art of Ronald Theodoor Lindgreen is a fascinating experience, which offers surprising insights into the world of art. In that world, his work holds a small but special place, and art critics have recognized in him a dedicated artist with an exceptional talent for the use of colours.

Lindgreen studied at the Art Academy in The Hague and at the New Art School in Amsterdam. His mentors, Paul Citroen (in the Netherlands) and the expressionist J.D. Kirszenbaum (in Paris), became his lifelong friends. He was part of different artists' societies, among which Pulchri Studio, De Haagse Kunstkring, and De Haagse Aquarellisten. The latter, which he co-founded in 1955, played a leading part in his life for over 40 years. 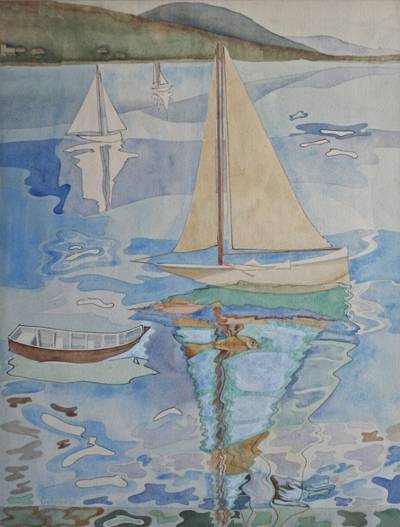 Ronald Lindgreen had Dutch as well as Indonesian roots and cultivated Oriental sensitivity in his work. It conferred to his art a light tone, an open structure and a somewhat mysterious atmosphere. He saw the visual world as a mere interpretation of reality and three-dimensionality in a painting took for him rather a spiritual dimension, which can be seen mostly in his early works. Throughout his artistic career, he focused on the harmony of the piece as a whole, with a special attention towards colour. 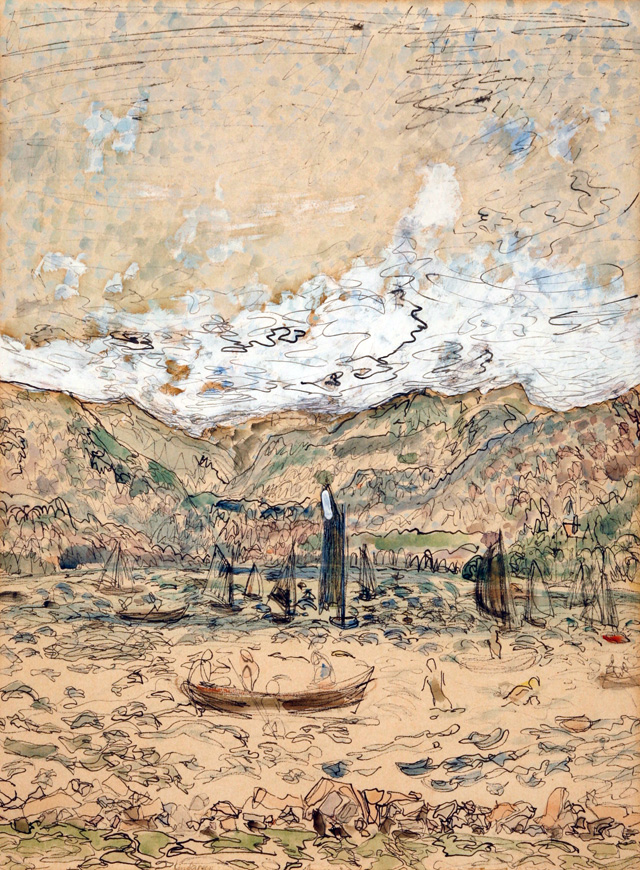 At the beginning of his career, he abandoned the idea of naturalistic art because he assumed that he had no talent for it. From 1938 onwards, he made oil paintings in various genres with an expressionistic touch. In 1952, he gained general recognition for his watercolour-painted drawings made with East-indian ink, mainly landscapes and cityscapes from Annecy, France. In these expressive works, he fragmentised and stylised his subjects.

As an artist, he remained aware of his responsibility towards society. Realising it was too difficult to live off art with four children, he consequently took a job at the State Printing Press whilst studying graphic design at the Royal Academy of Art in The Hague. After he received a grant for a study trip to Rome, he became an art teacher and started working in secondary schools in 1961. For that reason, between then, and his retirement in 1978, he painted mainly in his spare time and during school holidays.

For inspiration, he often travelled abroad, especially to France, Austria, Switzerland and Spain, but he also found his subjects in The Netherlands. In 1955, he initiated the founding of the group De Haagse Aquarellisten. From then on, he painted aquarelles in a naturalistic style without using Indian ink. Occasionally he returned to his former expressive style. In 1989 he suddenly took another road and started to express his musical feelings in abstract-figurative compositions using acrylic paint.

Adapted from the introduction of the book "Kunst om te bevrijden en te bezielen, 2009".
Edited by Elsa and Ronald A. Lindgreen